“We’re getting more out of it than we’re giving…”

Since Honeycomb’s very first service project in 2011, the Shin Family have been supporters of The Honeycomb Project in several ways.“Everyone in my family has been involved,” says Grace.  “My husband, Henry and I really like how we are sending this message to our children…that we all need to pitch in to make the world better.”

Grace and Henry’s children, Chloe (age 17) and Hoon (age 14) have loved volunteering with Honeycomb since the organization started. Their favorites include the arts and crafts projects and creating care packages for veterans overseas and packages for the children at Lurie Children’s Hospital.
However, as their kids grew older, it was hard for the family to volunteer as much as they used to with academic and extracurricular schedules increasing. Grace admits “it was getting hard to commit to volunteer events during the Honeycomb registration period because we couldn’t predict what the next month would hold.”

“Something just wasn’t sitting right,” Grace says. “So a couple years ago, I began supporting the Project Leaders at Honeycomb volunteer projects.”  Grace continued in Honeycomb’s training and orientation programs to support the staff at various events. In addition, she served on the Fall Fundraiser Committee, helping to raise over $125,000 for Honeycomb last November.

Grace continues, “supporting the Honeycomb staff became such a fulfilling commitment to me and my daughter Chloe saw that.” “Chloe started to come help me at events when she turned 16 and then she made the decision to go through orientation as well.  So she’s fully trained now to help the volunteer families the Project Leaders at service projects.”
Most recently, Chloe was invited by The Honeycomb Project, to present at the National Conference on Service Learning in Minnesota in March.  She attended workshops and presented during Honeycomb’s Workshop to others. “I spoke to other students and teachers,” Chloe says, “about how my family has been involved for a long time with Honeycomb and the benefits I’ve seen through volunteering.”  “I hope I encouraged others at the workshop, to be open minded about multi-generational volunteering and how it can benefit families and communities. There’s something for a five year old to do and a thirteen year old to do…entire families can volunteer together.”

Grace adds, “my family is so thankful for the service learning aspect. We’re getting more out of it than we’re giving…it’s about working together and Honeycomb has done a great job reaching out to every neighborhood in Chicago – this is breaking down a lot of barriers.”

Grace works at a pharmacist and her husband Henry is a cardiologist. Chloe enjoys playing the piano, making clothing and jewelry and is a team captain on her ultimate Frisbee team.  Hoon enjoys playing water polo and math and science. The Shin Family loves to travel together. 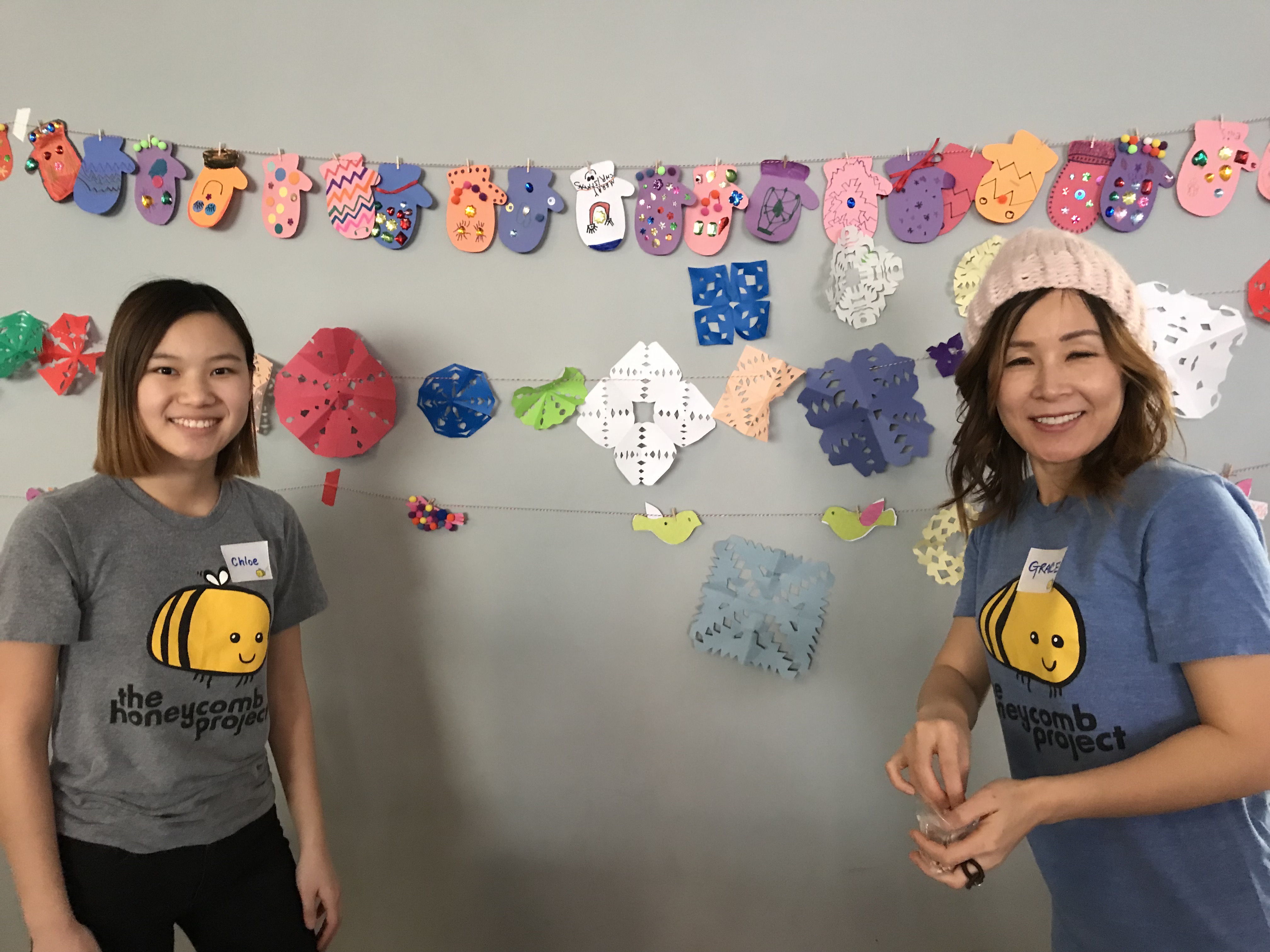