“We are having that conversation.”

“My actual first experience with Honeycomb was as a volunteer on the Fall Fundraiser Committee in 2016,” says Courtney White. “One of my good friends was on the Board for Honeycomb Project and for years, she kept telling me to put Honeycomb on my radar,” she recalls.

A couple years ago, Courtney lended her professional experience in the event’s management and silent auction efforts. And last November, Courtney helped raise a record-breaking $125,000+ for Honeycomb, as one of the annual fundraiser’s Co-Chairs.

Courtney and her husband, Robert, first volunteered as a family at John Smyth Elementary School in University Village, working in an urban garden. “Our son Desmond, who was six at that time, loved working with the gardeners and pulling out weeds.”

The family continued to have meaningful experiences at other projects such as cooking meals for women at Sarah’s Circle and baking cookies for families at The Ronald McDonald House. “It’s important for my family to understand that everyone is all in it together and everyone plays a role in building our communities,” stresses Courtney.

“A big part of my youth was helping others…I remember in 6th grade, I had weekly visits with an elderly friend to play bingo and then in college I was participated in several service projects.”

“Now I love seeing that spark of joy from Desmond, after he volunteers at a Honeycomb service project. He always chats with some of the families that we are helping and he really experiences them and who they are.”

“This has been a game changer for Desmond,” Courtney expresses. After volunteering at Honeycomb events, Courtney continues to engage Desmond in meaningful conversations about their projects. “When we pass by a group of homeless people in Chinatown, we talk about what we can do…and even wonder if those sleeping mats we helped to make are being used….we are having that conversation.”

“As a working mom of two (Desmond has a three year-old sister), life can seem so difficult–we think about how to get our son to basketball practice or other activities….we are so focused on ourselves,” Courtney states. “But we can simply look in the city around us and see the much bigger struggles and what’s missing in life.”

The White family live in Bridgeport. Courtney has worked in event production for over 15 years and her husband Robert works for a social service nonprofit in Chicago. Desmond loves to read and is obsessed with historical figures that have changed the world. His sister, Ivy, is the happiest go-lucky three year-old that loves to boogie. The White Family loves the White Sox and enjoys traveling together and having family dance parties! 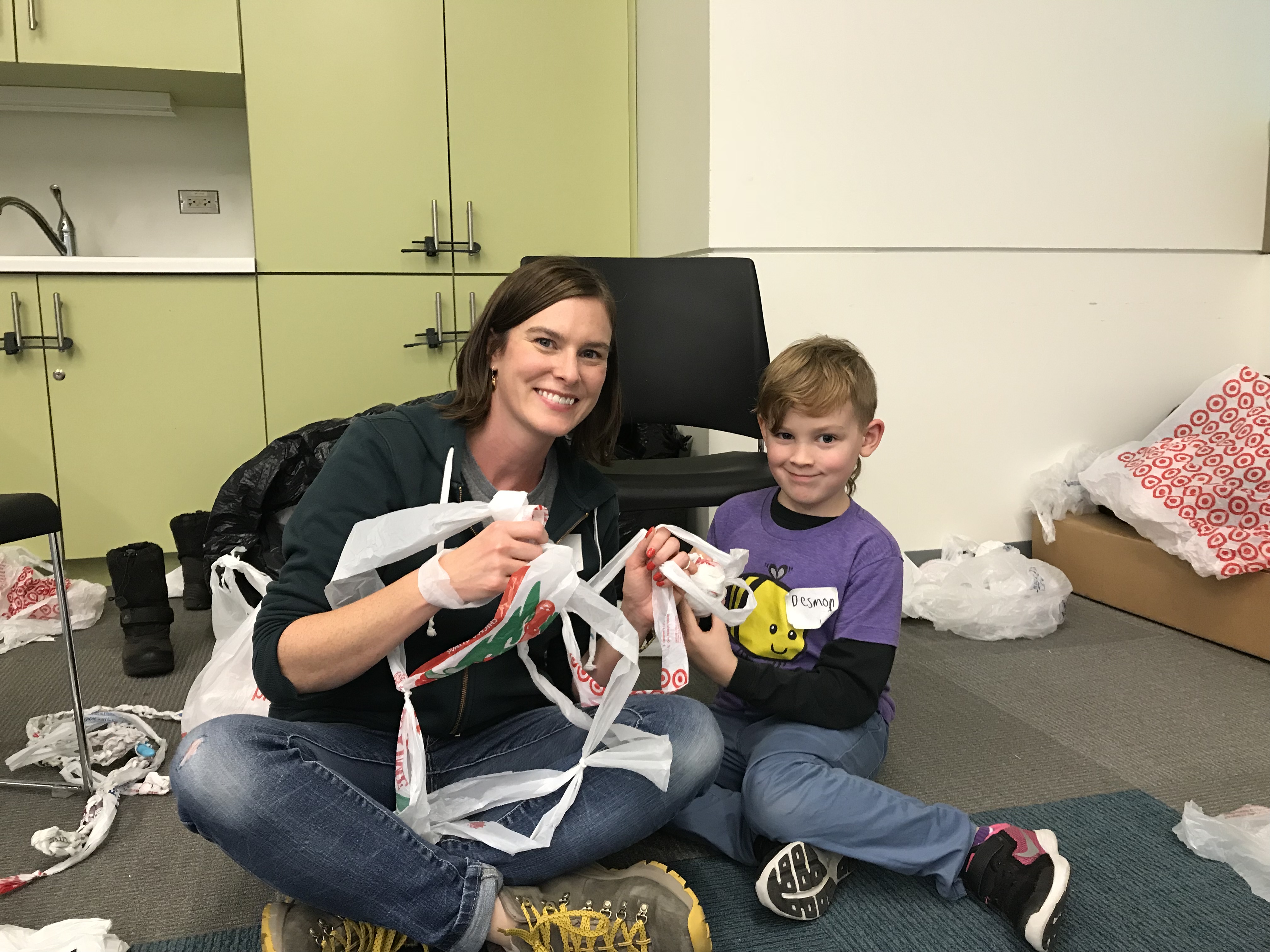